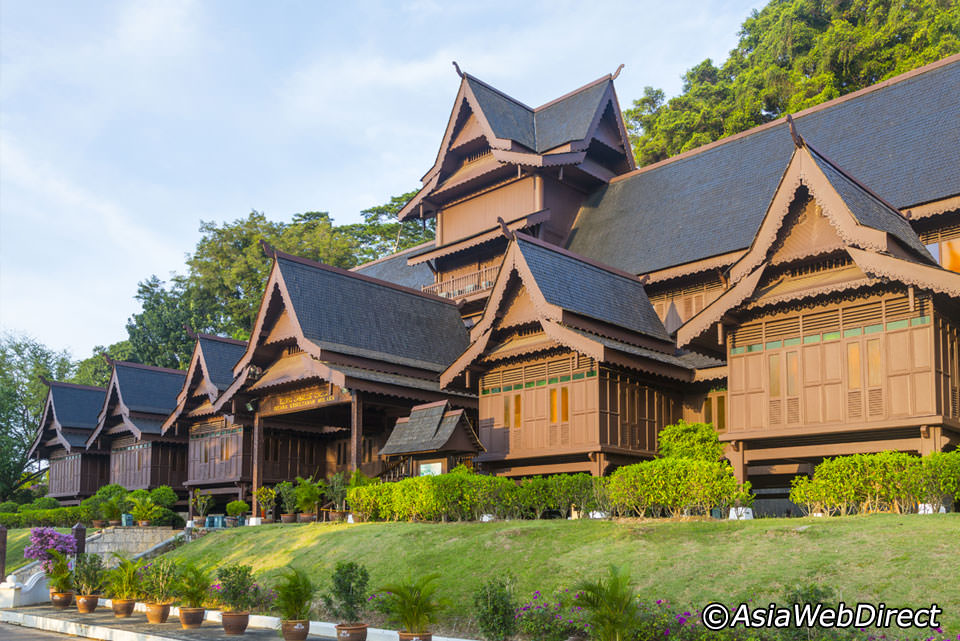 Melaka Sultanate Palace is a wooden replica of Sultan Mansur Shah’s 15th-century palace. Set at the base of St. Paul’s Hill it was painstakingly constructed in 1985 using traditional construction techniques and materials, based on accounts in the 16th century, Sejarah Melayu (Malay Annals) text.

According to the annals, Sultan Mansur Shah’s seven-tiered palace was built entirely without nails and supported with carved, wooden pillars and featured a copper and zinc roof. The most elaborate royal palace ever constructed in the world in 1459. According to the annals it was destroyed the year after the sultan ascended the throne when it was struck by lightning.

Today, the RM2.5 million complex, also known as the Muzium Kebudayaan (Cultural Museum). Opened to the public in 1986, inside the complex are approximately 1,350 artefacts, prints, photographs and drawings detailing the Malaccan Malay Sultanate’s history and cultural heritage.

The three-storey museum is divided into eight chambers where you can see a variety of weaponry, decorative arts, traditional costumes, brassware, jewellery and more. Plus there are three galleries depicting famous legends through dioramas, including the famous clash between legendary Malaccan warriors Hang Tuah and Hang Jebat.